Navratri - the nine sacred nights is one of the most celebrated festivals of India. This begins from the first day (Pradhamai) after Amavasya in the month of Purattasi as it is known in Tamil 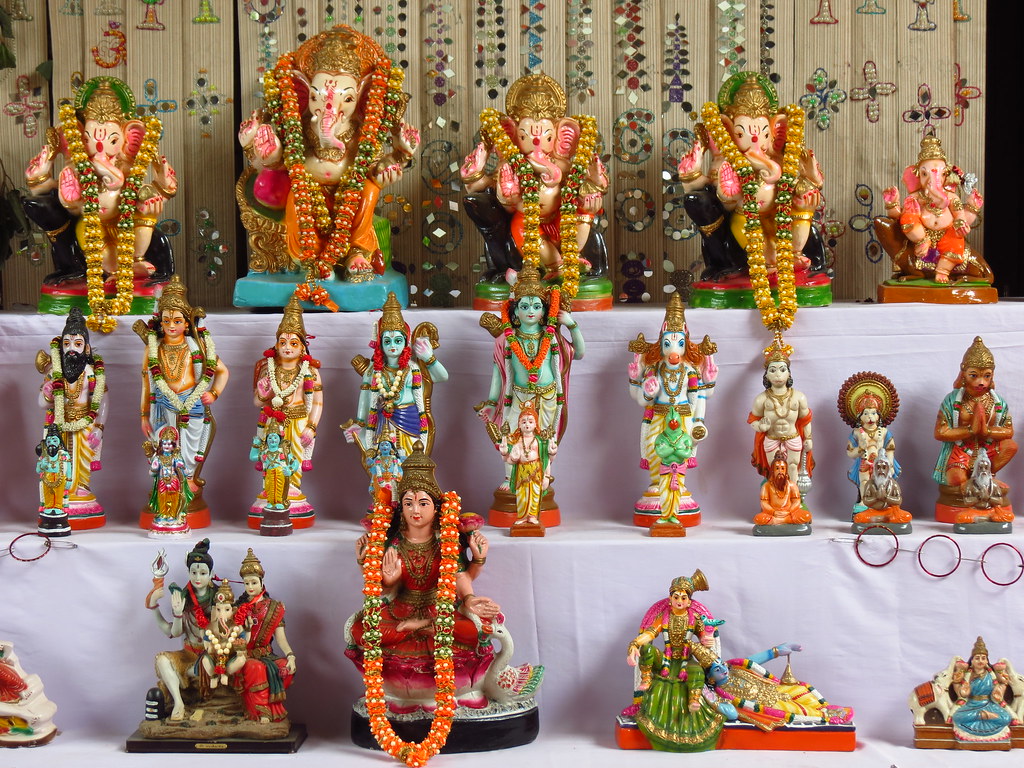 festival is essentially celebrated to worship Devi and to commemorate the victory of good over evil, i.e bringing to an end the atrocities of Asuras like Mahishasuran, Shumban, Nishumban, Madhukaidapan, Thumralochanan and Rakthabheejan. During Navrathri Devi is worshipped in the form of Sri Durga for the first three days, as Sri Lakshmi for the second three days and as Sri Saraswati for the next three days.

In the south , during Navratri the occassion is also used to invite all the friends , relatives and neighbours over to home to look at the Kolu that is arranged. Every year the young girls in the house along with their mothers vie with each other to create a Kolu with a different look. All the nine days are a non stop entertainment period with songs and dances.

We at Panchangam want to also be a part of the seasonal festivities by giving an opportunity to the visitors to create their own Kolu on their desktop. Enjoy yourself by creating your own Kolu and be a part of the festival and entertainment. "YOU MAY EVEN TAKE A PRINTOUT OF YOUR OWN KOLU AND PRESERVE IT"

To create your desktop kolu, just click the doll on the right to place it on the step!

Click the doll on the right to place it on the step!